Mining is the source of mineral commodities mined all over the globe. Industrial and construction projects need these minerals and mining commodities. Furthermore, everything from cars, roads, houses, workplaces, computers, and cellphones uses mined material goods or byproducts in some manner. Moreover, underground mining technology is a significant source of revenue for many nations and an essential means of supporting their economies via the export of mined minerals.

What is underground mining technology? 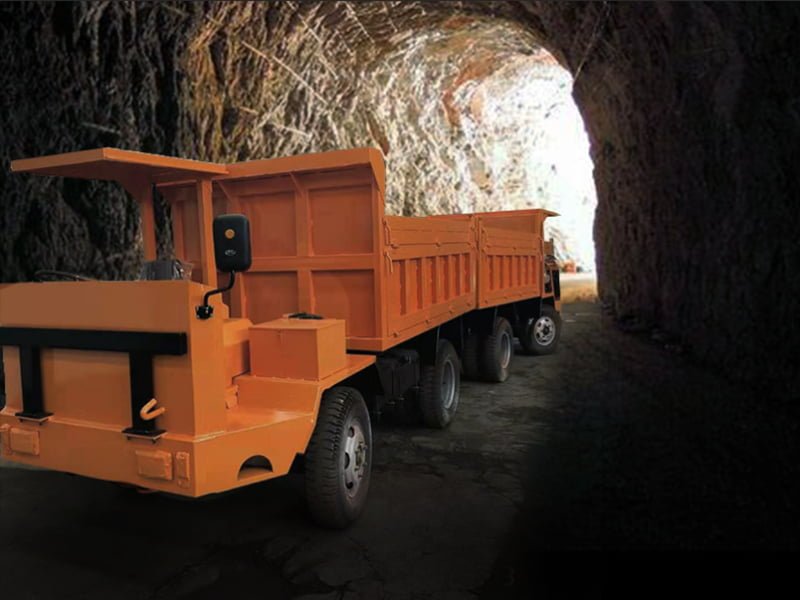 There are two main stages in underground mining: research and production mining. The former entails excavating waste rock to get access to precious stones, ores, and minerals. Blasting, grading, placing reinforcement, and explosives are all stages in the development mining process.

On the other hand, production mining is divided into two stages: shorter hole mining and deep hole mining. Shallow hole mining is comparable to development mining in that it involves the extraction of actual ore. Multiple excavations inside the ore or below its surface make up long hole mining.

No segment has been left untouched since the dawn of the digital age, and underground mining technology is no exception. Because mining has such a significant effect on the economy of countries and the lives of millions of people, it was inevitable that academics would come up with various methods to improve conventional mining processes using technology, as firms like Newtrax have done. Here are some of the most significant technical advances in underground mining:

Such information may be utilized to remotely monitor operations, making them safer, more productive, and more sustainable. The information gathered during mining operations may be used to determine how much time mining trucks spend waiting (which equates to wasted resources), how much time it takes to load material into trucks, how much maintenance is needed, and so on.

The Internet of Things (IoT) is a new network technology based on the confluence of wireless technologies, microelectromechanical systems (MEMS), and the Internet, which can revolutionize the mining sector by introducing new methods to maintain mine safety and production.

The technology involves using radio frequency identification devices (RFID) and sensor technologies to create unique identifiers for machines, fleets, and people, allowing them to move and obtain data across a network without needing human-to-human or human-to-computer underground mining communication systems. The IoT platform can improve the traceability and visibility of the entire mining operation. Still, it can also allow computers to observe, identify, and understand different aspects of mining operations without the need for human intervention and automate and improve machine maintenance and operation.

Cisco and other networking firms actively collaborate with industry partners to offer IoT-based solutions tailored to the mining sector.

The emergence of intelligent mining is expected to revolutionize the mining sector in the following years. Mining is controlled by a mix of the labor force and mathematical calculations – smart mines are expected to remove the element of worker force from the mining process, thus optimizing the whole mining process and making it more cost and energy-efficient. Much of the hazardous labor that people used to perform would now be done by machines that worked according to a preset schedule and were automated.

Rising costs and concerns about efficiency have prompted the mining industry to develop efficient and sustainable techniques that are either a substitute or supplement to conventional mining processes. A large part of that efficiency comes from optimizing the mining supply chain, and blockchain is a step in that direction.

By using blockchain technology in the supply chains of mining processes, one may establish transparent distribution networks and instill traceability and security.

3D imaging has revolutionized large-scale mine exploration in terms of proximity detection system mining, and it continues to show promise in a variety of new technologies. Although seismic surveys for investigating the geology of prospective mining sites are not new; 3D imaging technology has significantly increased the effectiveness of these investigations.

Despite its extensive use in other areas such as engineering, architectural design, and forensic investigation; 3D ray tracing is a relatively new method for the mining industry. Rock engineers, airflow engineers, safety officials, and those surveying hazardous or inaccessible mining settings have benefited from the technique.

The technique enables the operator to drill from a safe distance without having to approach dangerous regions. With a remote-controlled pan/zoom/tilt photograph for rod-handling, drilling; and tramming controls broadcasting real-time images, real-time video and data communication, including all drilling control system and equipment status. The underground mine tracking system is displayed constantly on a graphical screen configured at the operator center. It is a method for digging shafts and tunnels that are both efficient and effective.

Mining is becoming more subterranean as open-pit mines reach the end of their useful lives; and new mineral deposits are discovered deep below. Constructing underground mines using traditional shaft and tunnel boring equipment. On the other hand, has proven to be technically challenging, costly, and time-consuming.

Since some mineral content is uneconomical to extract, it will be left in the end. Mining firms usually dispose of them as trash or utilize them as replacements for other chemical operations.

However, rare minerals like copper are becoming more valuable; and mineral recovery from tailings may become economically feasible in the future. Vale, a Brazilian mining corporation; works with the University of Sao Paulo on a potential new method to extract copper minerals from tailings using microorganisms; which will revolutionize tailings management and increase mineral output if expanded to other minerals. The ground-breaking technique would help extract rare minerals like copper; which exists in pure form in just 1% of every tonne of ore mined.